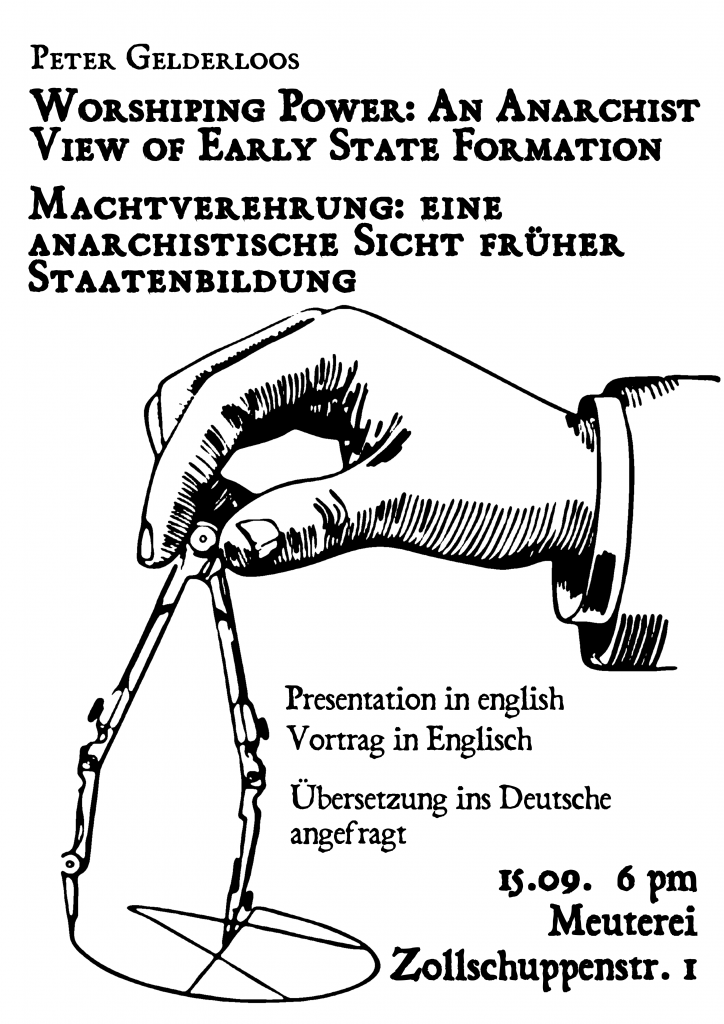 Where do states come from, what causes them to arise, and how do they develop? The old dogmas that the State protects and uplifts humanity, or even that it is a necessary evil, have been thoroughly discredited. But many newer theories, that explain state formation within a single optic, or that suggest a single cause, or a linear, progressive evolution, also fall short.

Peter Gelderloos is going to talk about multiple pathways of state formation, describing patterns that arise within many different societies with different models of the family, religion, warfare, commerce, and economic production. Rather than being ancient history, state formation is a continuous process, given that perhaps the only feature universal to state formation is the resistance it provokes. As a result, states are continually falling apart, being overthrown, or struggling to maintain their power.

People who fight today against the problems of capitalism, patriarchy, and white supremacy, anyone who seeks to regain control over their lives, becomes wrapped up in this process as they run up against state authority.

Articulating the ongoing history of state formation—from divine states centered around new sites of spiritual production to democratic states arising from corrupted revolutions—allows us to better understand the ways states today attempt to govern, limit, or repress our movements today.

Peter Gelderloos is an anarchist writer from US now living in Spain.